Do you want to see more big bucks when you hunt? There is one beneficial thing you can do as a hunter to consistently see more deer with bigger antlers, even if you do nothing else. It’s not minerals, it’s not a magical feed or bait, and it’s not a super fast bow or a fancy broadhead. It’s you and your decisions. It’s all about letting them grow.

Before I go any further, I understand that our goals as outdoorsmen are not entirely about the antlers. I also understand that you “can’t eat the horns” as many folks often incorrectly tell me.

That said, there’s one consistent factor for deer to be able to put on the inches anywhere in the country and that factor is age. If a deer doesn’t have the opportunity to grow and reach its potential, then it will never be the wall hanger we dream about every single day while sitting in the office. If a spike never has a chance to live longer to be anything other than a spike, how will we know if he’ll ever grow into a Booner?

Growth as a Hunter

We all have different standards and different situations; but as hunters, we should strive to grow each season. What are your yearly goals as a hunter and property manager right now? Take into account your opportunities and options for hunting and do your best to meet them. For me, the goal is to harvest a mature buck along with enough to fill the freezer comfortably. It’s that simple.

My definition of a mature buck is four and half years old. While it could be argued that five and a half is the peak of maturity and antlers, in my situation (and most likely yours), we don’t have the luxury or acreage to hope for a buck to reach that age. While some will make it, at four and a half, a buck should likely be put on the hit list in most cases. 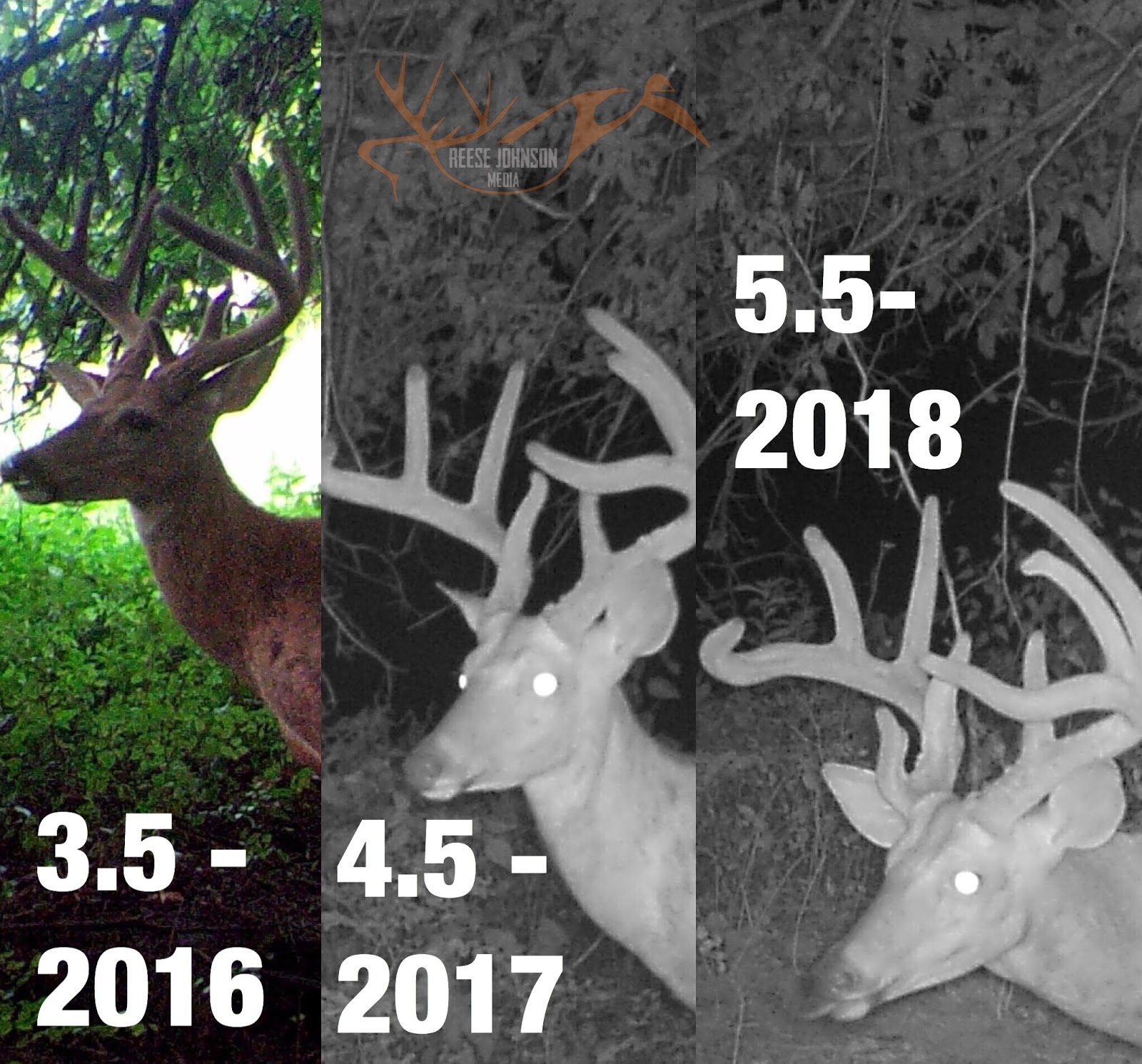 If you harvested your biggest buck last season, let’s say, then why not hold out for something bigger or at least similar? Regression or settling from experienced hunters is what hurts the hopes of growing bigger deer for everyone. Shooting the same 130-inch, three-and-half-year-old model buck every year diminishes your odds of ever seeing a 150 inch, four-and-a-half-year-old or better on your farm. Your decision not only affects you, but also your neighbors and the friends or family who may hunt the same area. Be the one who lets the young buck walk and be proud for it. Challenge others to let them walk as well. It’s how we all grow together as hunters while the bucks do the same.

At age 16, I had never successfully harvested a buck with a bow. While I was a fairly experienced hunter for my age, a big buck on the wall had eluded me up to that point. In 2008, a solid three-and-a-half-year-old buck showed up on my camera, a buck I recognized from the previous year. I had never harvested a buck as big as he was that year, roughly 125 inches to 130 inches. He was a regular to our plot, a buck I could’ve devoted my season to hunting. But I didn’t. After talking to my dad about how much bigger he might be next season, I decided to wait on his pursuit.

There was plenty of hunting pressure in the area and there was definitely no guarantee he would make it through the season. Instead, I focused my efforts on the other farm we had permission to hunt and let this area rest with hopes that he might survive. We continued to watch this buck through gun season and through the winter, checking the cameras as often as possible, hoping to get an update.

As the next season rolled around, I had to wait until October 21 to finally get a picture of the beast he had grown into. To this day, I still remember the phone call to my dad, who was across state lines with my grandmother as she was battling cancer. All I had to say was, “He’s back.” From that point, I attempted to focus on my pursuit of this buck. Looking back it certainly helped me and the rest of my family deal with the struggle we were going through.

Ten days later, it was Halloween, which is my now favorite holiday thanks to this one in 2009. About 10 minutes before dark, as I waited in the set we had hung the previous afternoon specifically for this buck, he showed himself at about 75 yards. Like it was written for television, darkness was coming quick in the woods and he made his way to me before ending up nearly underneath me.

At 7 or 8 yards, I took the shot and he ran only about 50 yards out of sight before stopping. He then proceeded to blow, like he had picked me out of the tree. Still, to this day, I’ve never known a deer to do that, which had me worried then about the shot placement. With the whole ordeal a heavy weight on my shoulders, I climbed down and got out as quietly as possible. I knew I needed to give him some time, but didn’t want to tempt myself with going too soon, so I picked up the phone and decided to visit a Halloween party that I had previously turned down an invite to.

About 11 p.m., I came home because I couldn’t take it anymore. My father and I headed back down to the stand about midnight; from there we walked about 40 yards and found the buck, blood trailing unnecessary. He hadn’t made it any farther from where I heard the snort.

The buck grossed 158 inches and sits high behind me on the wall as I write this article. Nine days after harvesting this deer, we lost my grandmother. She was able to see the pictures, hear the story, and knew just how much it meant to me, which makes this one even more special. 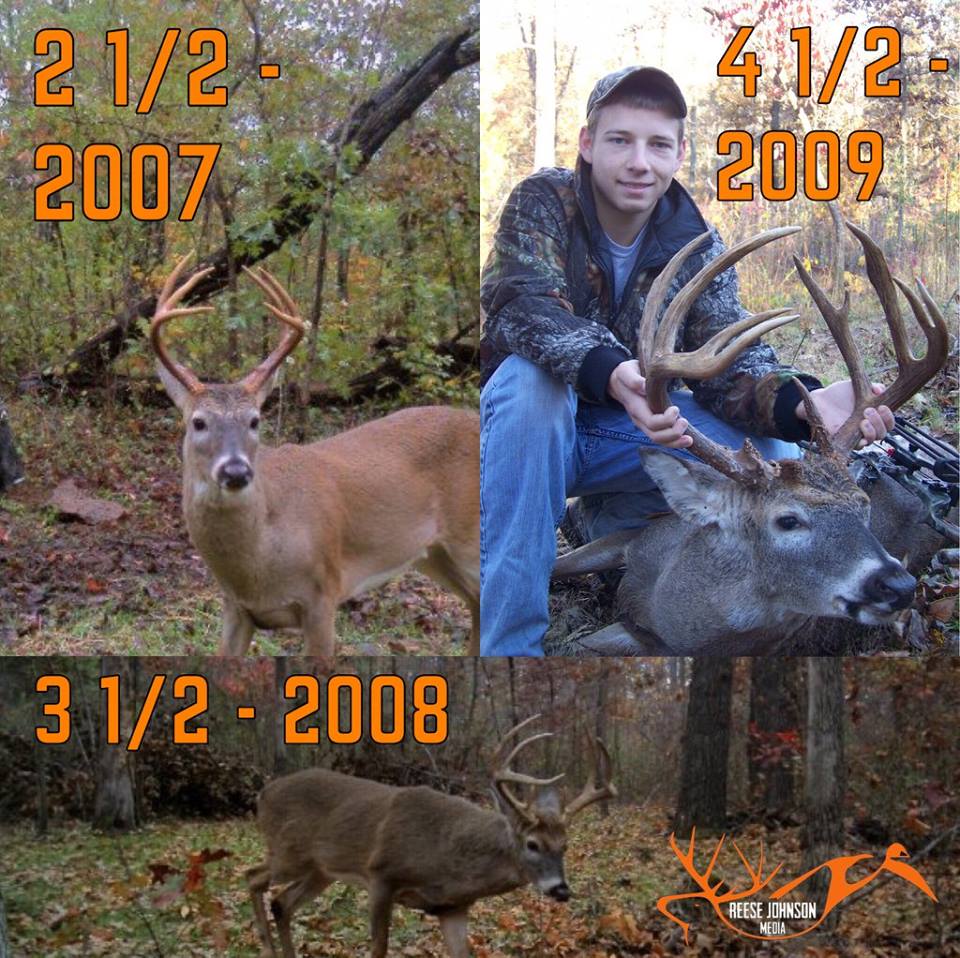 There’s more than one excuse out there and they’re all too common in many deer camps. “If I don’t shoot him, the neighbors will.” Or, “I just needed some meat in the freezer.” When all these excuses are allowed in your camp, you’ll never grow the bucks on your property.

Traditional thinking produces traditional results; there will never be a change if you don’t lead the efforts. This is an age-old battle with a mindset ingrained in our uneducated hunters. If you want to see bigger deer consistently, you will make the effort to learn and grow and to pass on the bucks that you once may have shot.

“The trophy lies in the eye of the beholder” is a saying from years past that still holds truth. There are circumstances when a buck that is less than mature is taken on our farms. Kids and first-time hunters, who are still learning and growing, typically always get a free pass to harvest whatever may come by. Introducing kids and adults alike to our sport is much more valuable than letting one walk. But as a seasoned and more experienced hunter, you should aim to do better each season. That is, of course, if you want to have an opportunity at a buck bigger than you’ve ever previously harvested.

What’s the best thing you can do as a hunter? Learn to age a buck on the hoof. Study the difference in the two-and-a-half-year-olds and the four-and-a-half-year-olds. There are some great tools available today, many online and some in this publication. There are also a couple of examples I’ve created from bucks we’ve had a history with in this article. 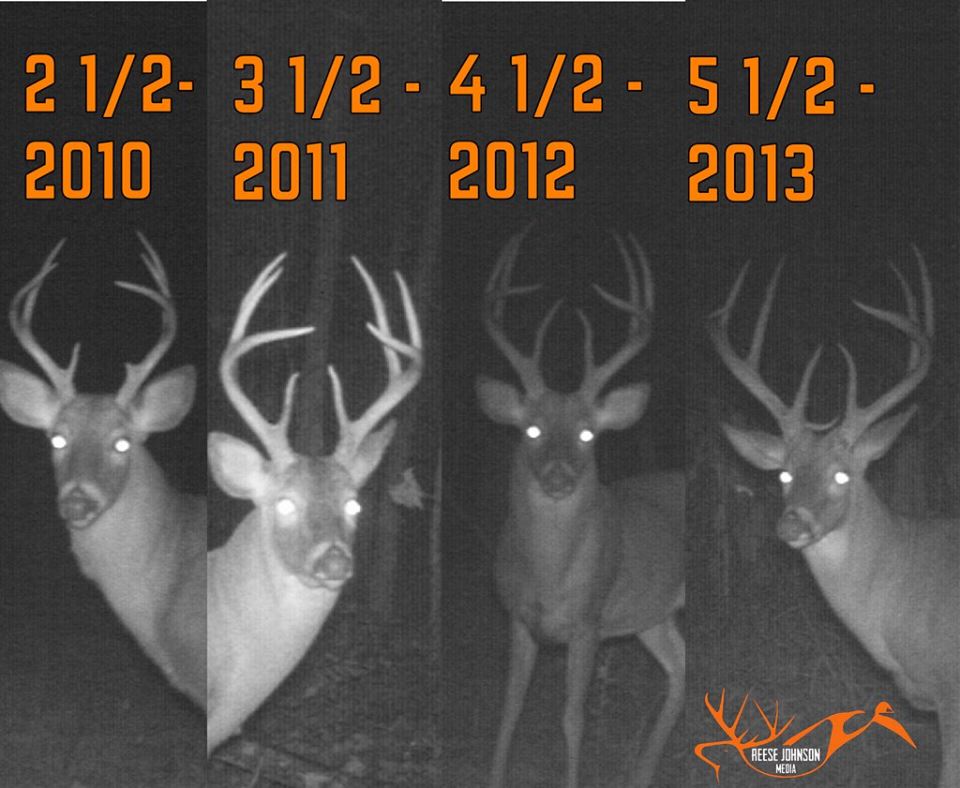 The difference between three and a half years and four and a half years is often the toughest to judge and easiest to mistake on the hoof or in pictures. Like anything, practice and studying videos and trail cam pictures will help make you more confident. From experience, the jump from three and a half to four and a half is the most productive in antler growth and the most important one. This is where 120 class deer reach 150 and the 140 class three-and-a-half-year-olds grow into B&C caliber bucks.

If antlers aren’t your goal, then let them be a byproduct of your role as a land manager. Others will benefit, including those who hunt with you and the memories they’ll never forget. Be patient; that, and enjoying nature, is what hunting is all about. Let it all unfold, enjoy your time in the woods, and do your best to not draw down on the first buck with antlers. If you do, you will also likely be rewarded with an experience and trophy that will stay with you for years to come. 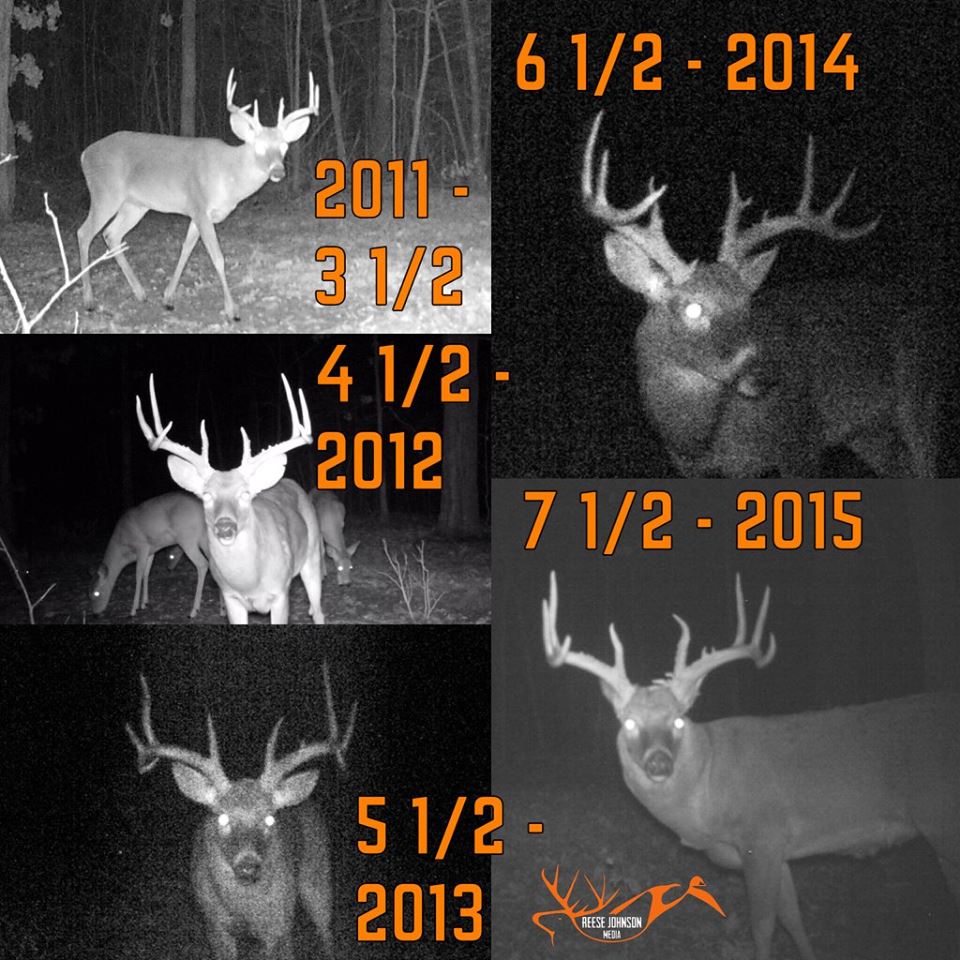