Treasure hunting for cast antlers, or shed antlers, has become increasingly popular in recent years. While we love putting our hands on that mesmerizing and highly sought after piece of bone when it’s still attached, it’s almost as rewarding to find it on the ground in the midst of winter. To me, it’s extremely satisfying to find an antler from the buck that got away, the one I chased all season, knowing the match will have another round next fall.

Building history with target bucks or grower bucks, and comparing what you already know about an area where you may find an antler with the season’s trail camera pictures, can make a harvest even more special in upcoming years. There’s nothing like the one-on-one battle between a hunter and a specific animal, the buck you dream about at night and daydream about at work. 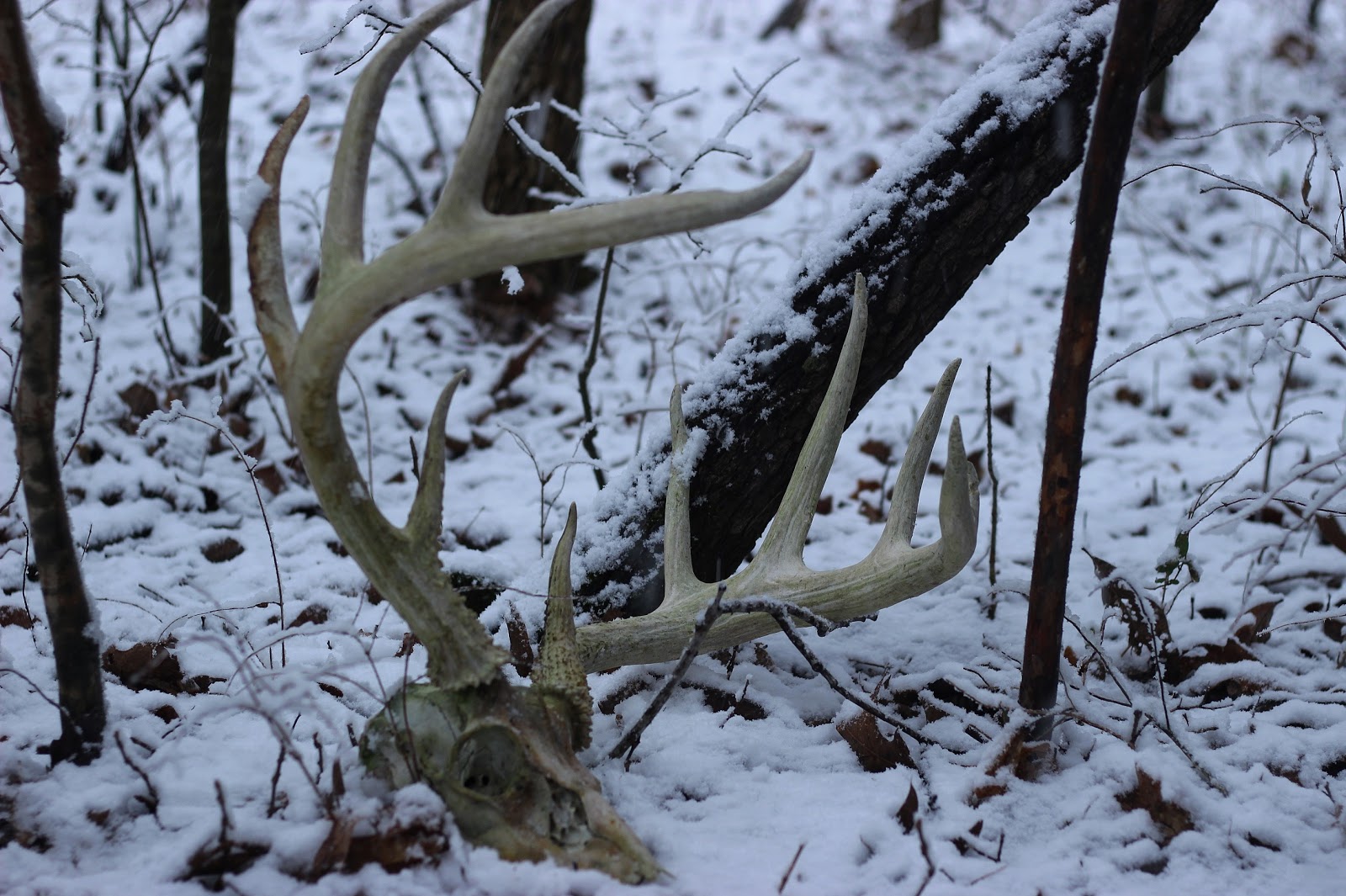 Each year on our own farm, we set out with specific antlers in mind, hoping to finally get our hands on what we’ve admired for months. I anticipate it almost as much as bow season. However, most buck hunters aren’t too familiar with searching for these antlers, so I thought I’d share a few measures I’ve found to be successful.

Get the Timing Right

As hard as it is, don’t rush it. Keep out of most bedding and corresponding travel areas until the majority of antlers have fallen; you want to give the bucks every opportunity to drop those antlers on your farm in your food plots or woods and in areas you can search instead of somewhere else.

While antlers can fall as early as December if a buck is stressed or injured, others have been seen packing into turkey season. But most bucks will have dropped by March 15 and that’s usually when we start hitting it hard. It’s often hard to stay out with so much anticipation, but we solve that by focusing on the open areas early. 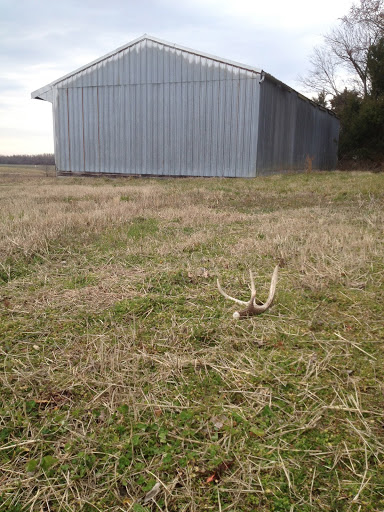 You can hit fields and food plots with little to no disturbance to the deer and typically I like to start hitting these areas just after Valentine’s Day. At this point, around 25–35 percent of antlers will be on the ground. I may walk the fields or food plots three or four times, especially areas visible from the road or subject to competition from other shed hunters, as it is much less intrusive and still satisfies my desire to get out.

Know Where to Look

Deer are efficient; it’s nature’s way. They will not be burning unnecessary energy during the late winter months when survival is toughest. They will be sticking close to the two things necessary for survival: food and cover. Therefore if you find the food, you’ll find the deer, and likely antlers to boot. These will often be the easiest antlers you come across.

Crop fields, CRP fields, cover crops, food plots, or anything green will likely be consistently good for shed hunting year after year. When the pressure is off and deer hunting season has gone, their guard is let down and you will often see deer feeding in numbers only seen outside of season. These are great places to search. The tougher and colder the winter, the more concentrated the deer (and the antlers) will likely be, which is why folks out West can often put together massive hauls in a single day when entire herds winter in one valley. 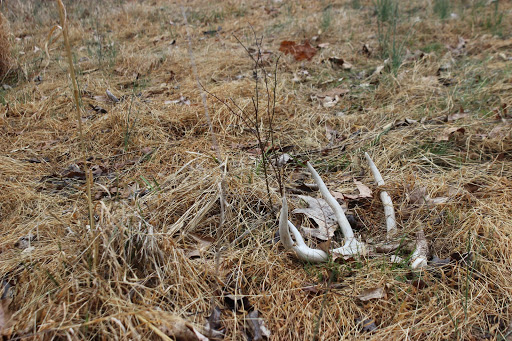 As much, if not more of a deer’s time is actually spent in bedding areas, so this should be a huge focus of your time once most antlers are on the ground. The bedding closest to the preferred food sources will be the most heavily used at that time of year and will likely provide you with the most success.

Stick to trails between food and bed; follow them into the thick. Grid searches and multiple passes will be worth the time when you find the one antler of the deer that has eluded you all year. Often times, it can be as easy as following a well-beaten trail from the food to the hillside bedding; other times it’s completely random. If I’m in the woods, I’m thinking about what is the path of least resistance as that’s likely where the deer will want to travel.

Regarding areas considered sanctuaries, some folks say to never enter their deer havens and others are more lenient. However, there’s no better time to learn the land and find the beaten down trails than in late winter before the green up occurs. This is information you can carry into the next season and use to adjust food plots and stands accordingly. You’ll often find many of your antlers in these undisturbed areas, in addition to the sign you didn’t find during the season. I will often thoroughly comb areas during the shed season that I would never normally enter from August to January, learning all of the above and hopefully packing out some treasure too. 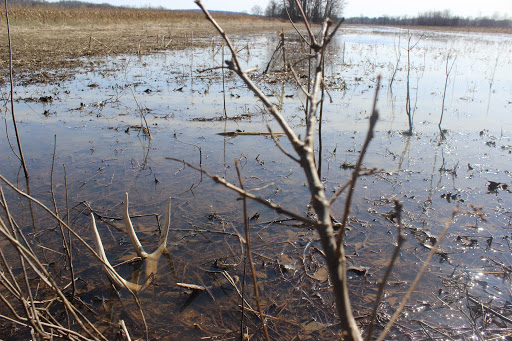 Know What to Look For

Antlers have a certain look compared to natural vegetation; once an individual finds that first shed or two, they generally find it becomes easier and easier to pick the antlers out in the woods and fields. The shape of the curve of an antler compared to its natural surroundings or the way G2 and G3 compare to stubble in a cut bean field will really start to stand out and catch your eye after a few successful trips to the woods. 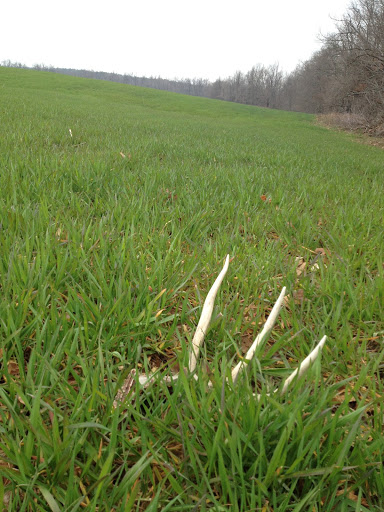 Many folks tell me they’ve never found any antlers or struggle to find more than a few. But it’s just like anything else; the more time you give it, the more successful you will be. Taking the above measures will greatly increase your chances of success. Patience and the willingness to walk miles and miles, coupled with a good set of binoculars (they will save you many steps), are as big a part of this as anything. Be persistent and you will surely find the treasure you are looking for.