We’ve all been there, high on that ridge-top at “gobble time,” set up in what we think is the perfect spot for the morning. As that gobbler sounds off, we begin the morning ritual of light tree yelps, a simulated fly down when it’s time, and all of the traditional steps; but as it happens so many times, that ole gobbler walks off in the opposite direction.

Yes he’s interested, somewhat, but he has plans opposite of where you’ve decided to hide. “They’re just not ready yet,” “he had hens,” “I think they’re full breeding cycle right now,” “he’s call shy,” you might say. And while all of these can have some truth to them, they’re really just excuses! What if that gobbler went that way down that ridge the last three mornings, but you decided to sleep in instead of scout?

Here are my tips for ensuring the best possible outcome during the next Turkey season.

1. Scout, Scout, and Scout Some More

Do your best to locate turkey flocks now, while it’s a bit easier and the big winter flocks make a lot of sign. When the gobbling starts, spend your mornings before work listening and locating gobblers. In the weeks before the season, pinpoint as many gobblers and their morning routines as you can. Even if you can only listen a short time before work, you can often figure out the way a gobbler prefers to go from the roost.

If you have more time, keep your distance and try to get tabs on where they like to go once they’ve been on the ground awhile. This depends a lot on the terrain type in your area—Some eastern “woods turkeys” may not cover 100 acres in a day, whereas his Rio Grande cousins in Texas may cover miles.

This can be done during squirrel season, deer season, or late in winter. Learn the old logging roads that turkeys will sometimes travel, the thickets they often won’t, and the creeks, rivers, and bluffs that can be obstacles to you and an approaching gobbler. Remember, you want to be where he wants to go and easy for him to get to. 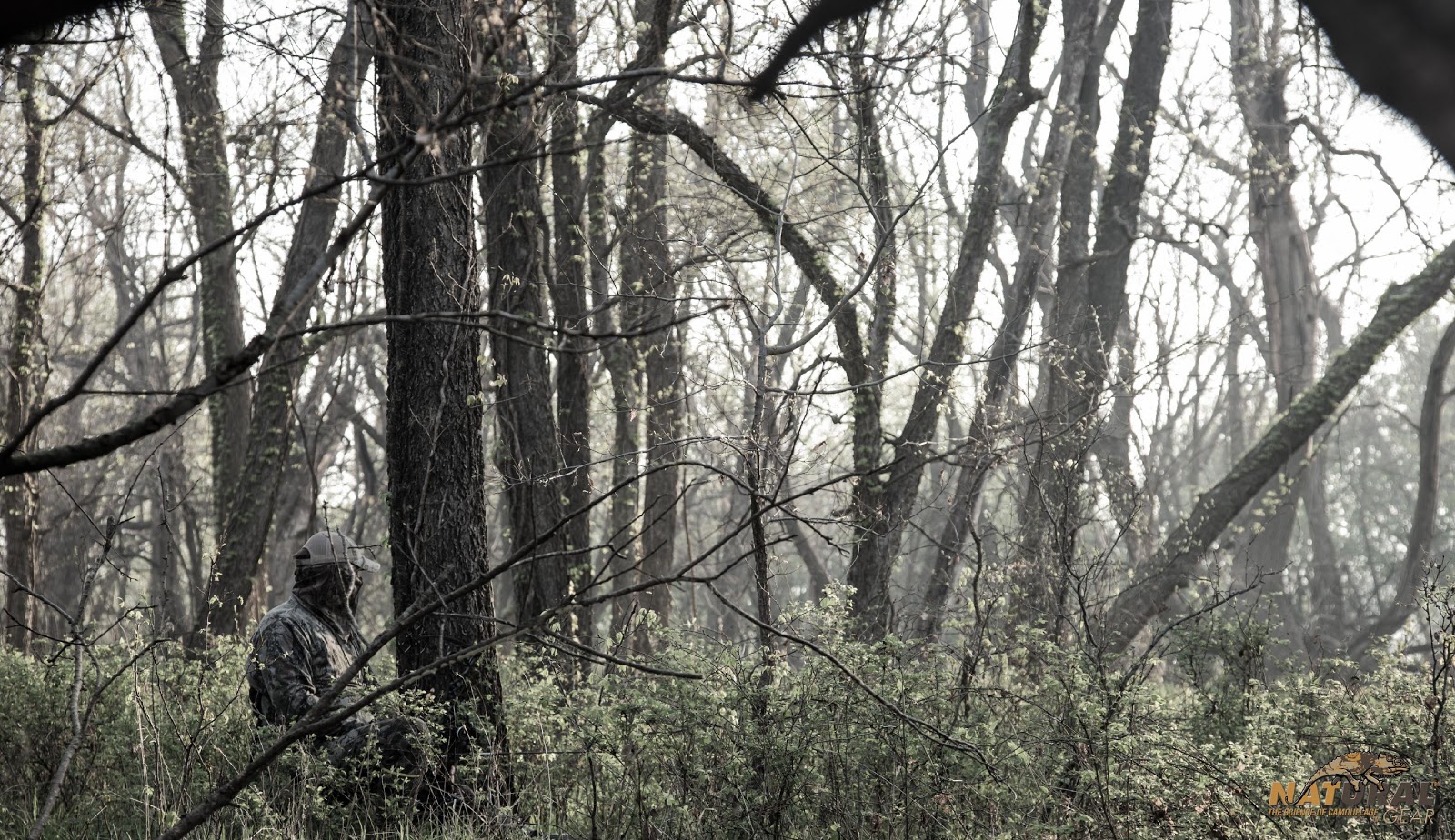 If you’re hunting public land like we often do in the spring, learn all the access points and keep them in mind at all times. I’ve been miles deep in an area only to find that someone has come in from another access and is on the gobbler I intended to hunt. In this case always turn around and leave, you were beat to him fair and square. Go hunt one of your backup gobblers, go prospecting, or come back later and reassess.

And I don’t just mean wearing the proper camo; we know how well our Natural Gear Camo will hide you even in the wide open. Always use the available cover and terrain to your advantage; back up to a big enough tree or rock to cover your back if available, use the shadows on sunny days, and take advantage of old tree tops leftover from logging or storms. Just remember; don’t bury yourself too much as you need to be able to shoot and have a decent and unobstructed field of vision. 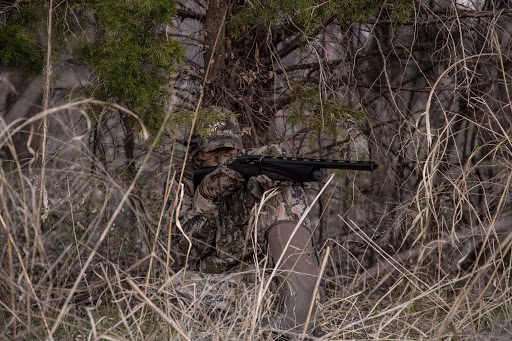 5. Know When and How to Move

This often takes time to learn. If you spot a gobbler coming in silent that is going to require you to move your gun or slightly adjust your position, you must do so very calculatedly and be ready to shoot the second you have a good clear shot. Often a big tree or obstacle will block their view as they’re approaching and you can make a slight adjustment if you do it deliberately and correctly; if you make one slight mistake and you’re caught, the hunt is most likely over. Never shoot at a running or flying gobbler; chances of wounding are high and as long as he didn’t necessarily identify you as a person instead of just something that spooked him, he will be callable and huntable again. 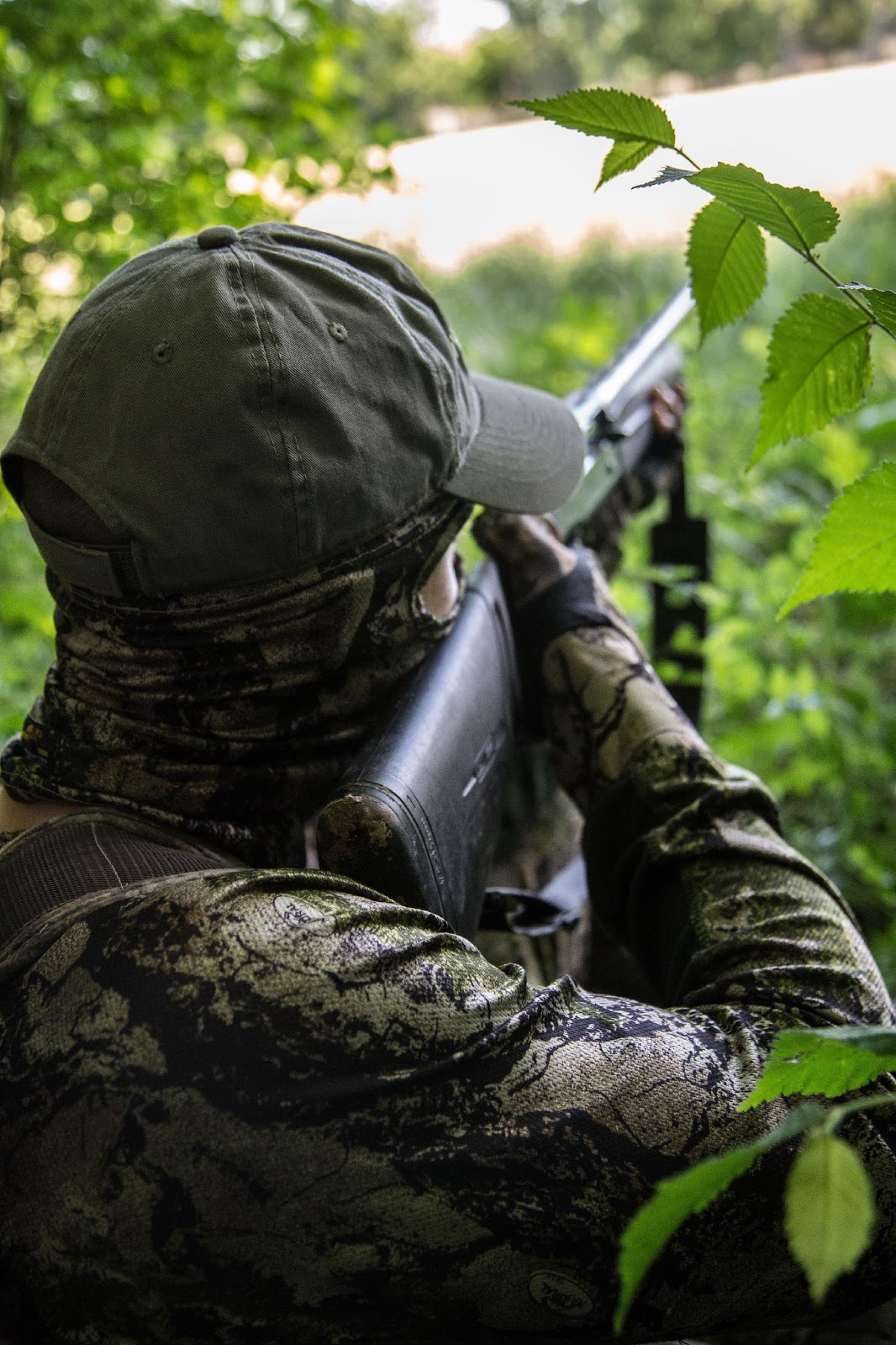 I know we’ve all heard it a thousand times; but even if it’s just a shot or two to confirm it’s still on from last year, it could be the difference in a trophy gobbler in the bag or a missed opportunity. Many of us use optics on our guns now and they are certainly tough, but they’re also more apt to require some adjustment at times.

Spring is fleeting and soon it will be smoldering hot summer and the gobbles long forgotten. The spring woods are full of intoxicating sights and sounds; take them all in. 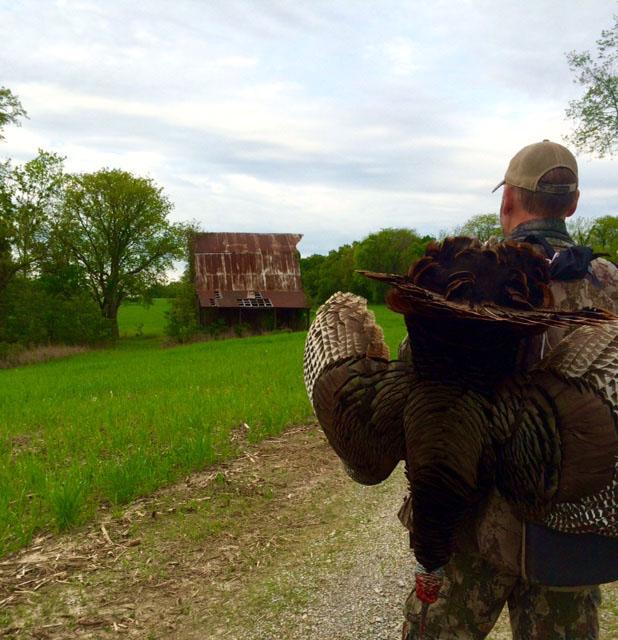