Duck hunting can make you do crazy things, especially when the weather man is calling for the first snow of winter behind a massive cold front in the State of Arkansas.

For duck hunters, other than our Natural Gear camo, calls, guns and shells, nothing is more important than The Weather Channel app on our phones. After seeing the seven-day forecast in early January, 2017, I started to tell my buddy James Teague that we needed to get more reckless in our pursuit of limits of mallard ducks.

As the forecast became clearer, James started to agree, and we devised a plan to drive 1000 miles in essentially one day for two hunts. Surviving on Red Bull and Wendy’s we set out from Northwest Arkansas at 1a.m. to meet a buddy in Central Arkansas for a quick hunt before the cold front that would give me time to get back to work in Northwest Arkansas by lunch time.

As luck would have it, we completely missed the spot that morning and watched flock after flock of birds land in a reservoir directly behind our setup. With our tails tucked between our legs, we hurried back. I made it to work with nothing hurt but my pride and I refueled for the next trip immediately after work. 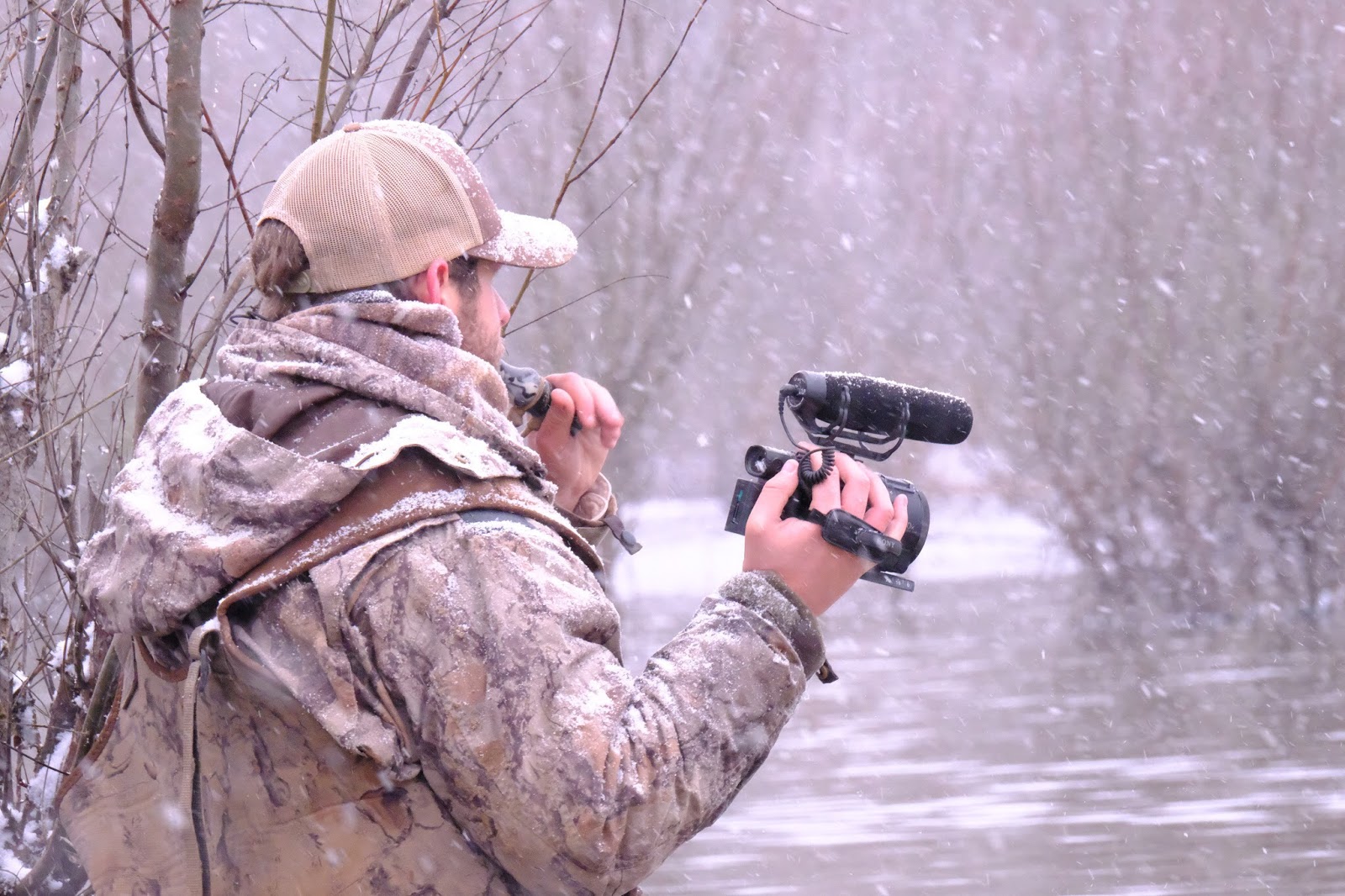 Before we left for the next leg of the marathon, we got a call from our friend Josh Alberius saying he had seen a few mallards in the area we were going to hunt the next morning in the alleged snow storm. That report alone kept me energized on our four-hour drive to Cotton Plant, Arkansas.

When we arrived, reports on the numbers of birds varied, but the forecast continued to call for heavy snow right about shooting time the next morning. We went to bed still hopeful but with tempered expectations for the next day. Little did we know it was going to be a day we would never forget.

Our alarms went off the morning of January 5 and we woke up in a snow globe. The 20-minute ranger ride to the hole was and still is one of the coldest times I can remember in my life. The setup was frantic because no one could feel their hands or faces, or anything else for that matter.

All of the pain and anticipation faded immediately as the first group of around 50 mallards dipped into the decoy spread before shooting hours. It was like a sign from God that the traveling, the fatigue, the cold, the potential loss of employment were about to be worth it. The stars had aligned for a special morning.

Mallards seemed to come from everywhere and they wanted to be right where we were. Big group after big group responded immediately to calling and would work all the way to our guns. 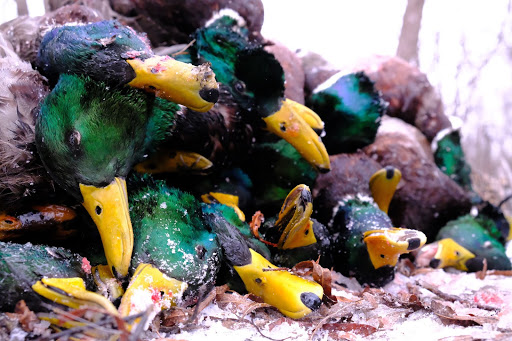 It was like Tiger Woods nailing a clutch putt or Michael Jordan shooting a last-second shot. There was no question if they were going to come in; it was just fun to sit back and watch. James, Josh, and I played hot potato with the camera all morning as we gave each other the chance to shoot our limit of greenheads in the Arkansas snow. By the time we walked out of the hole we had shot 32 mallards and 16 other ducks.

The experience was unforgettable and will always be the best hunt of my life in Arkansas. Eventually the fatigue hit, but we talked about that hunt for weeks and months afterward. I even mentioned it on the play-by-play broadcast of the high school basketball game that I called that evening in my boots and Natural Gear camo after a reckless 1,000-mile day. 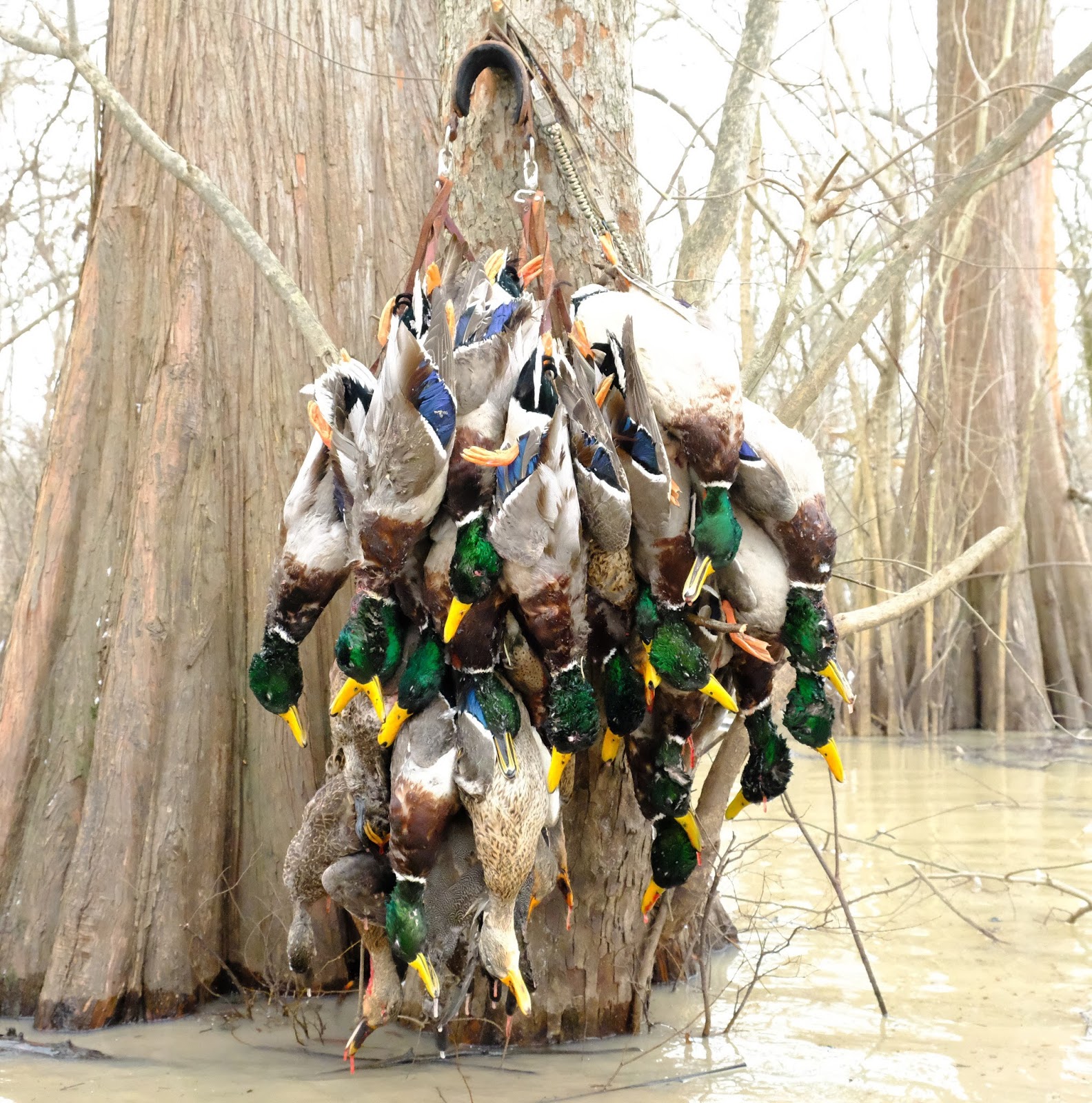