Jeff Lawson (Private Lands Biologist for the AGFC) contacted me last week and asked if I could help do some wood duck banding in southern Calhoun County. His quota for the year was to band 100 wood ducks and he was approximately 15 short. As most state/government agencies, the AGFC is short-handed in some areas so reaching out to avid outdoorsmen and those with wildlife/biology backgrounds has been their saving grace. I agreed to help. We arrived on site August 26th, 2020 and upon viewing the 4 live traps, it was determined that we would have plenty to fill the quota. We banded 12 ducks that day (8 drakes and 4 hens) and also had recapture data on 3 different birds (two of which were banded this year and 1 from 2 years ago). We had a 100% release rate of alive birds (i.e. no mortality) so the 40+ wood ducks that were captured were all released unharmed. 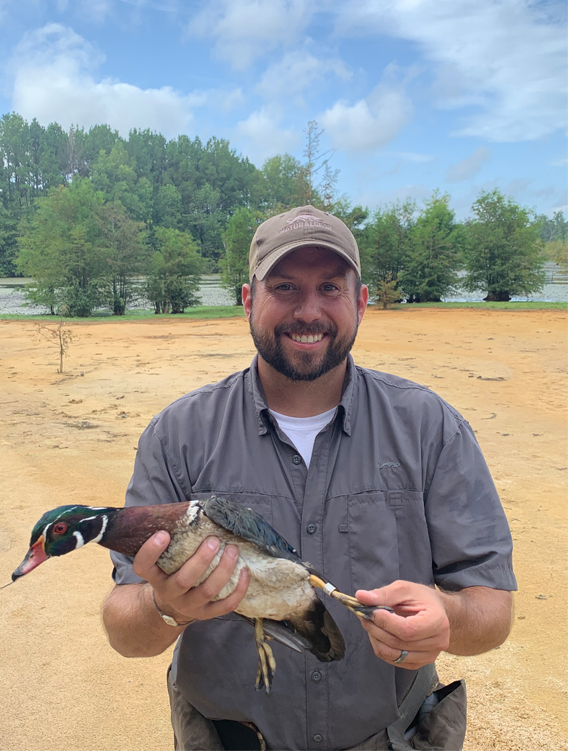 Stay in the Know